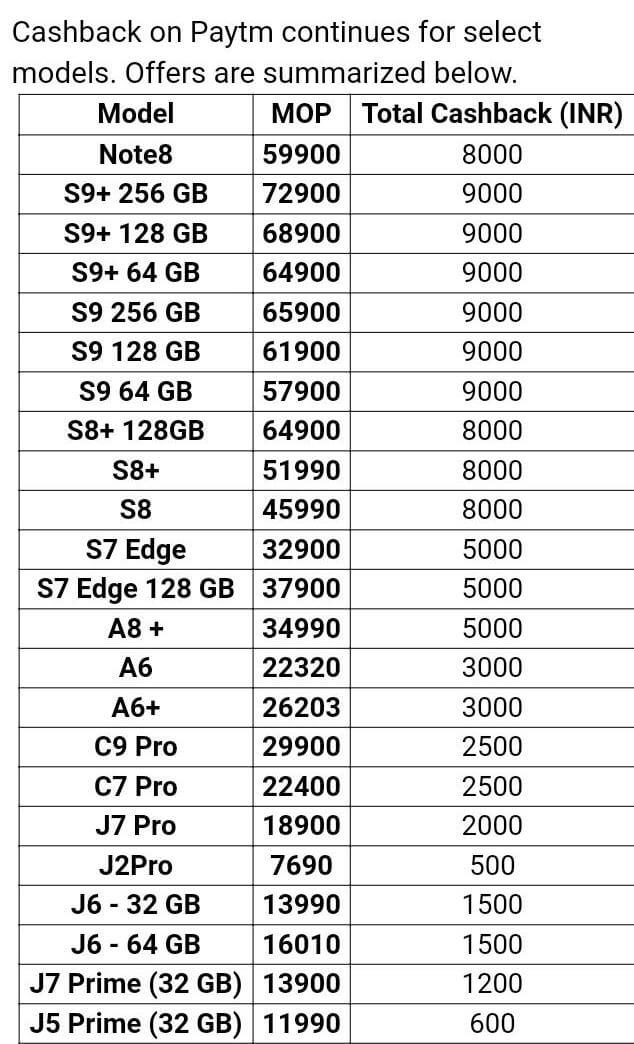 Samsung has been  smartphone leader worldwide including India. It had top position in both feature phone and smartphones. However In smartphone segment it is facing Mi litmus test. Mi has replaced Samsung from leader to second position in India.

Samsung is doing massive price drop to continue in race. In may and June 2018 OnePlus 6 was launched along with Mi 8, Vivo Nex with path breaking technology. It has forced Samsung to revise premium price segment phone like A8+. Samsung galaxy A8+ price reduced by rs.4000 in order to stay in competition.

Samsung is not offering discounted prices but also giving paytm cash back. It has Zero EMI offer to own handset for middle class.

Samsung is gearing for launch of galaxy Note 9,which  is stylus series phone and will be launch worldwide in first week of August.