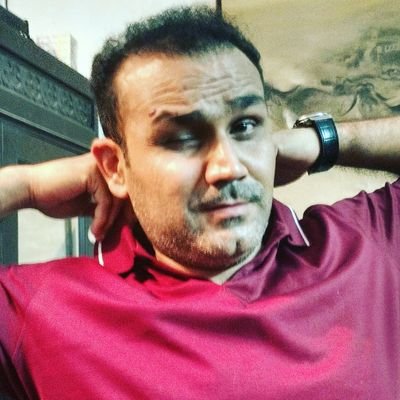 Virender sehwag has written stroke play book all his own. What was traditional became history and khade-khade was  in fashion.

This Khade – Khade is still continue , however this time in wishing n greeting. We have limited vocabulary when it comes to wishing, however there is not such case with our Viru, let me assure you, if Veeru has greeted some one then it has to be unique. Enjoy a glimpse of few of them.

Who could have thought of a correlation between Ishant Sharma and Burj Khalifa, yes one who use khadi boli

Any guess who is throw man ? Our very own Javagal Srinath, and how both of these can be used to wish or greet, only our Viru paaji know that see this.

And full respect , when wishes are meant for ever great Major Dhyan Chand

111 years ago on this day,a Jaadugar was born.He won 3 Olympics gold medals for Indian in hockey. Salute to the legend
Major #DhyanChand

And now is turn of Yorker Baba, even yorker baba might not be knowing how he is remembered in this part of the world. Wishes for Lasith Malinga.

And epic was birthday wishes for DON of Crciket, Don Bradman.